The “Message:” field at [1] doesn’t fit much text on screen - only about 4 lines at a time. I think the form would be much easier to use if it were taller and could display more text at once. The total amount of text allowed is also fairly limited, which makes it difficult to describe some problems and steps already taken to address them, esp. if commands and output are needed for demonstration.

This is good feedback. We’ll increase the size of the message box and increase the maximum characters allowed.

Thanks @renney. I will also note that after posting this, I see it listed on the Latest User Posts feed of the main CARC page, but it did not parse the quotes in the title correctly [1]. 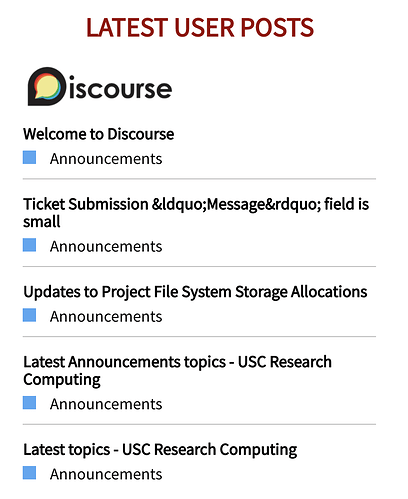 Thanks @imes, we noticed that issue too. We’re looking into it now!